Suicide and Mass Violence: Why We Must All Insist on an Investigation of Mind-Altering Psychotropic Drugs 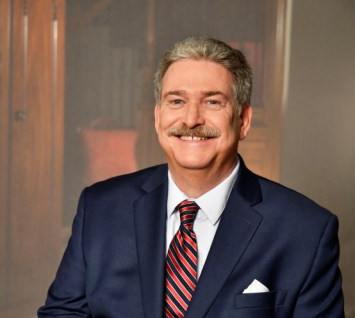 What’s particularly disturbing is that when federal officials went to his hotel room to recover the firearms, they also found a bag with documents related to his history of depression, along with antidepressant drugs.

During the investigation, federal agents also visited the home of this young man’s uncle, whose address had been used in the purchase of the firearm. According to the arrest affidavit, the uncle stated he’d been uncomfortable with the young man being there alone because he had weapons. His mail and medications were still delivered to the house.

His case echoes that of Nikolas Cruz (Parkland), Devin Patrick Kelly (Sutherland Springs) Kendrex White (University of Texas stabbing) James Holmes (Aurora) Eric Harris (Columbine) and so many, many others.

With one in six Americans prescribed psychiatric drugs, even rare side effects happen with frightening regularity. That so many of these drugs are associated with potentially violent side effects makes it all too clear that this issue must be investigated in all cases of mass violence and suicide.

We must insist on an investigation of the presence, absence, or recent discontinuation from psychiatric drugs in all cases of suicide and mass violence.

Could the results of such investigation be scary? Perhaps, but only because they may very well confirm what medical experts have been saying for years: there IS a link between prescription psychotropic drugs and violence.

And that would raise the questions: “Why do we continue to rely so heavily on dangerous drugs for people in emotional distress?”

“Why aren’t patients and families better educated about the influence of mind-altering substances?” After all, labels for many of these drugs warn you to avoid driving or operating dangerous machinery while under the influence.

Now is the time to speak up.  Congress is currently formulating its response to these tragic events.

To find who represents you, go to https://www.govtrack.us/congress/members .

The Citizens Commission on Human Rights is a non-profit mental health watchdog whose primary purpose is to protect and promote human rights in mental health. Established in 1969 by psychiatrist Thomas Szasz and the Church of Scientology, CCHR has helped to enact more than 180 laws protecting individuals from abusive or coercive mental health practices since it was formed over 50 years ago.  Mr. Spiller is a 22-year veteran of this effort, speaking internationally on protecting human rights in mental health. He’s worked on exposing fraudulent psych hospital admissions, reducing drugging in foster care and nursing homes, curbing deadly restraints, education reform, and much, much more.